The “game” Joint Property, a match between connotations and empowerment,  starts when the two figures appear, like players entering an arena. The two figures face each other, projected onto two walls directly opposite themselves.
Both figures are performed by Kerstin Honeit.

Figure A first throws a prop to Figure B, who catches it, puts it on, and throws back a new prop to figure A, who then puts it on and throws another back, and so on. We see a continuing gestural dialogue between the players. During this match Honeit’s own body undergoes a transformation through a increasingly absurd mixture of costumes, including a plastic hood, high heels and gold metallic dress.

The audience, standing in between the two projections, has the illusion that the props fly from one figure to the other, as in a tennis match. Between each throw and catch, words such as “imitation”, “pleasure” or “economy” are announced by different voices which have been lip-synched by the artist. The word “economy” for example is called out in between the lipstick and tie props and refers equally to both figures.

After the throwing, catching of props and dressing up has reached its peak the two players leave the “arena”. 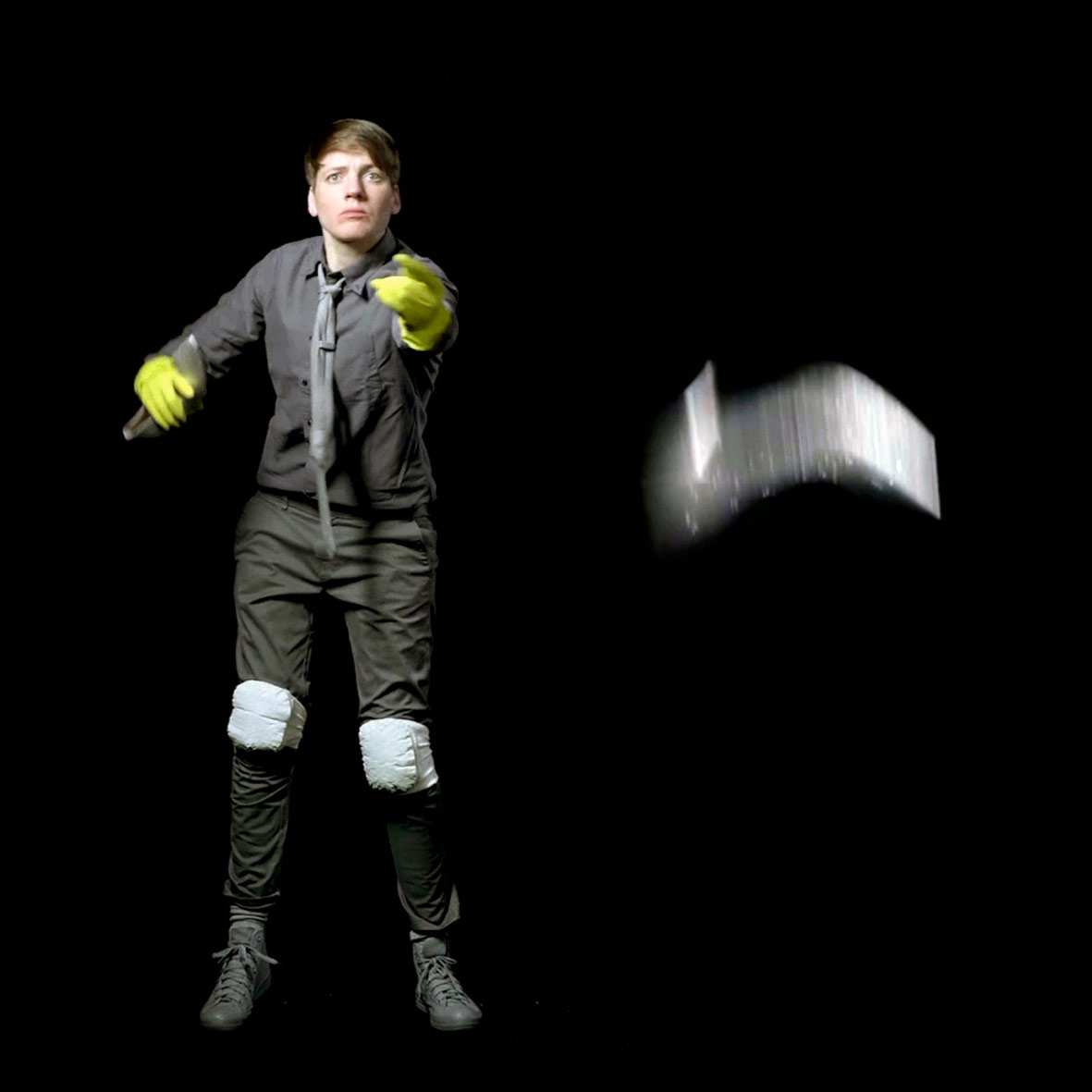 Joint Property was part of Kerstin Honeit’s solo show ’say it like it is’ which premiered at the Berlin Gallery Weekend 2013, presented by Gallery cubus-m, Berlin.