In the photo installation Becoming 10 Kerstin Honeit performs her “un-met” 9 half siblings from the former East and West of Berlin. She stages herself in their real environments and apartment blocks in imagined poses using the gesture of drag.

In Becoming 10, Honeit has become an anthropologist in search of the nine siblings she has never met. Her research into their backgrounds and above all, their locations, has led her to nine different places in East and West Berlin. The artist is the last child in an unusual family constellation that only exists in the form of genealogy. In order to simulate the non-existent, she represents her potential siblings in their original locations and embodies the absentees through her own imagination and the use of poses. The absence of her real relatives leads her to an enactment of that which was never there. Her attempts to create a symbiosis with the absent family members succeed through this mimetic process.

Almost like a detective, Honeit comes closer to her nine half-siblings as she extrapolates about each of them in their own contexts. She places herself in the scene of a variety of everyday situations and these are captured photographically. Her nine half-siblings have become the equivalent of the average Berlin street scene. However, the generality the artist brings to the people she expresses through her masquerade lives in a kind of differentiation between her and the absentees. It is precisely the masquerade that momentarily disturbs the social order in the embodiment of wishes and the search for new identity. These settings appear like stills from a film, a silent film where there is no space for the lines of the performer. Perhaps it underscores the lines in the singer Nico’s cover version of a Bob Dylan’s song (“I’ll Keep It With Mine”): I’m not loving you for what you are, but for what you are not. 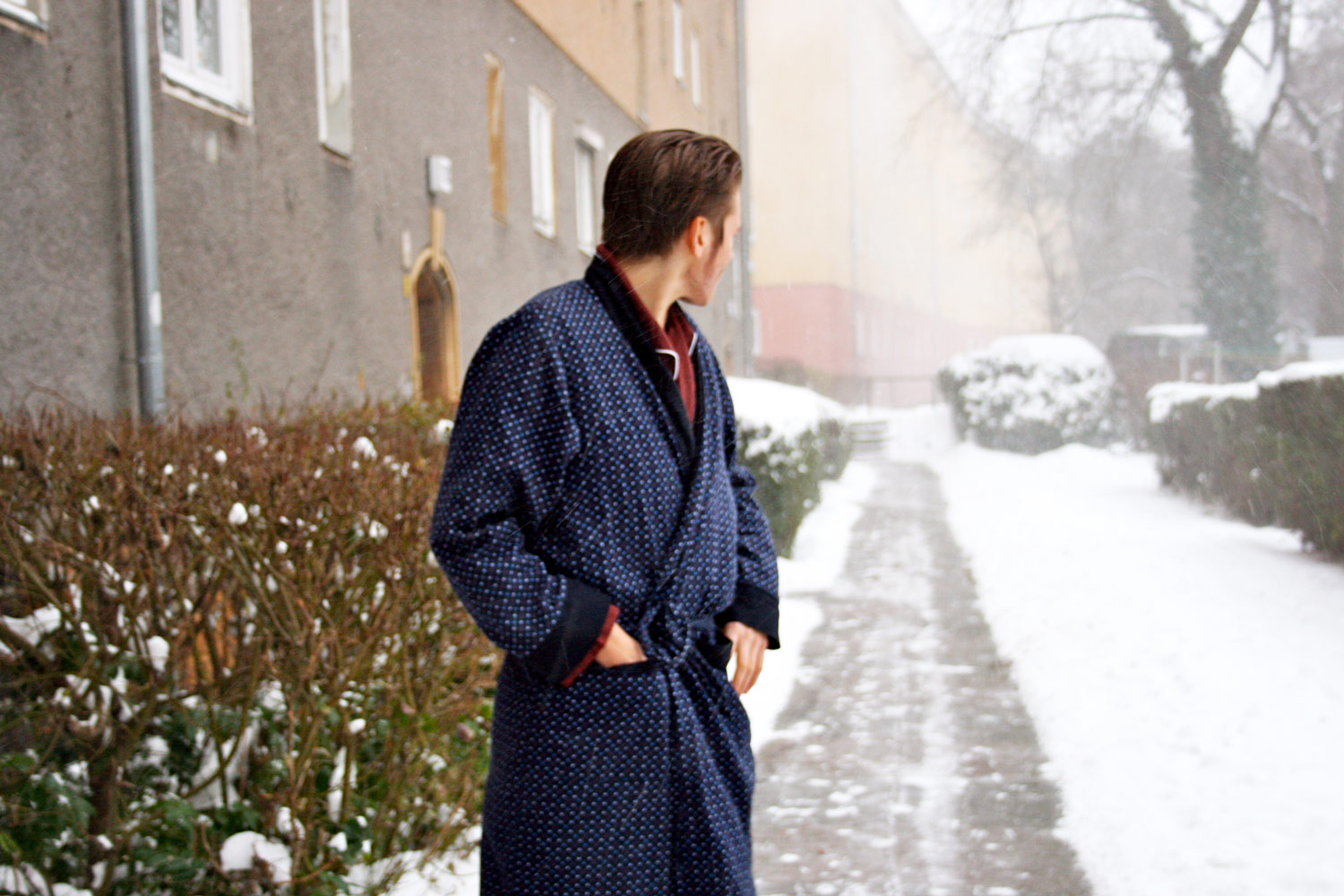 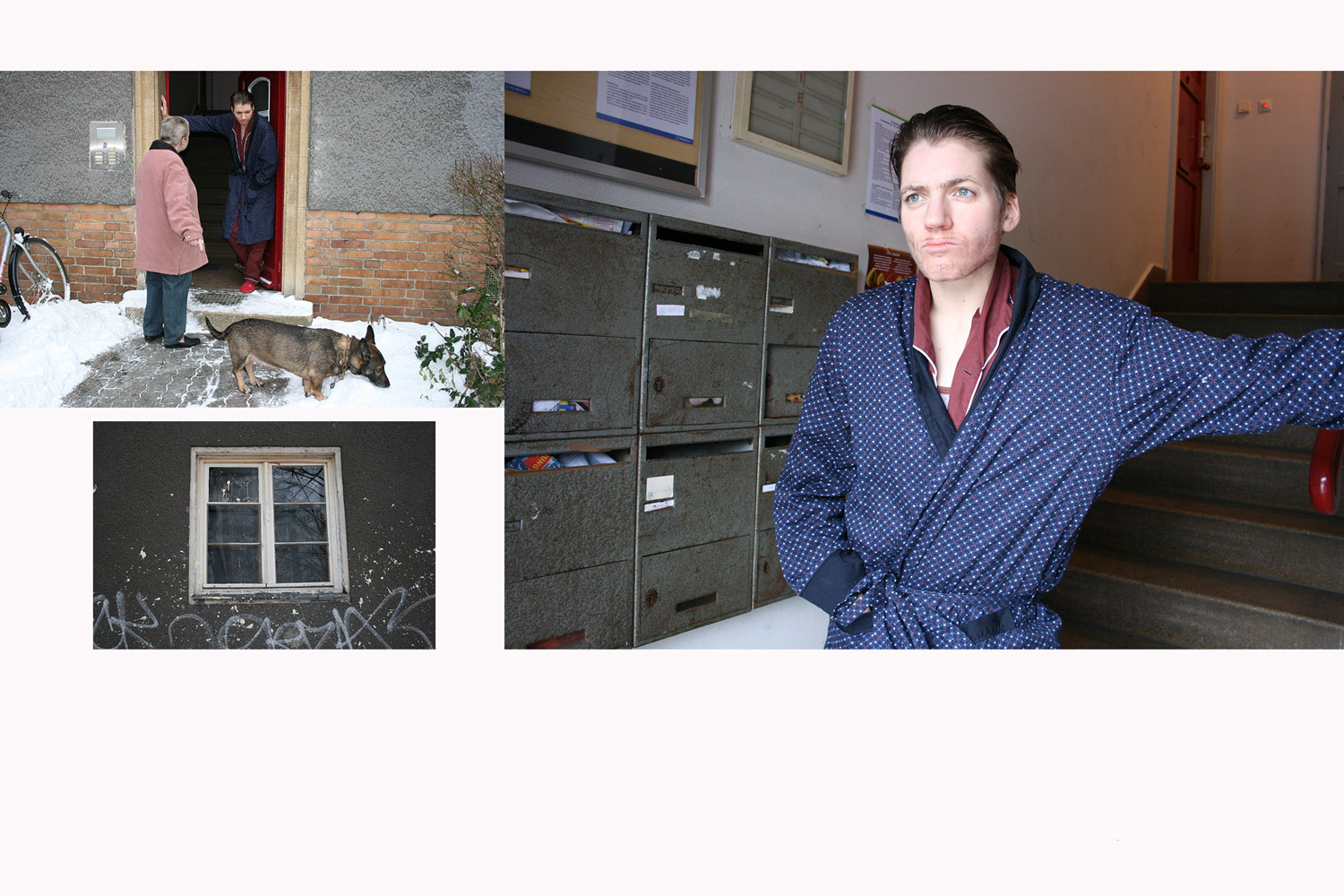 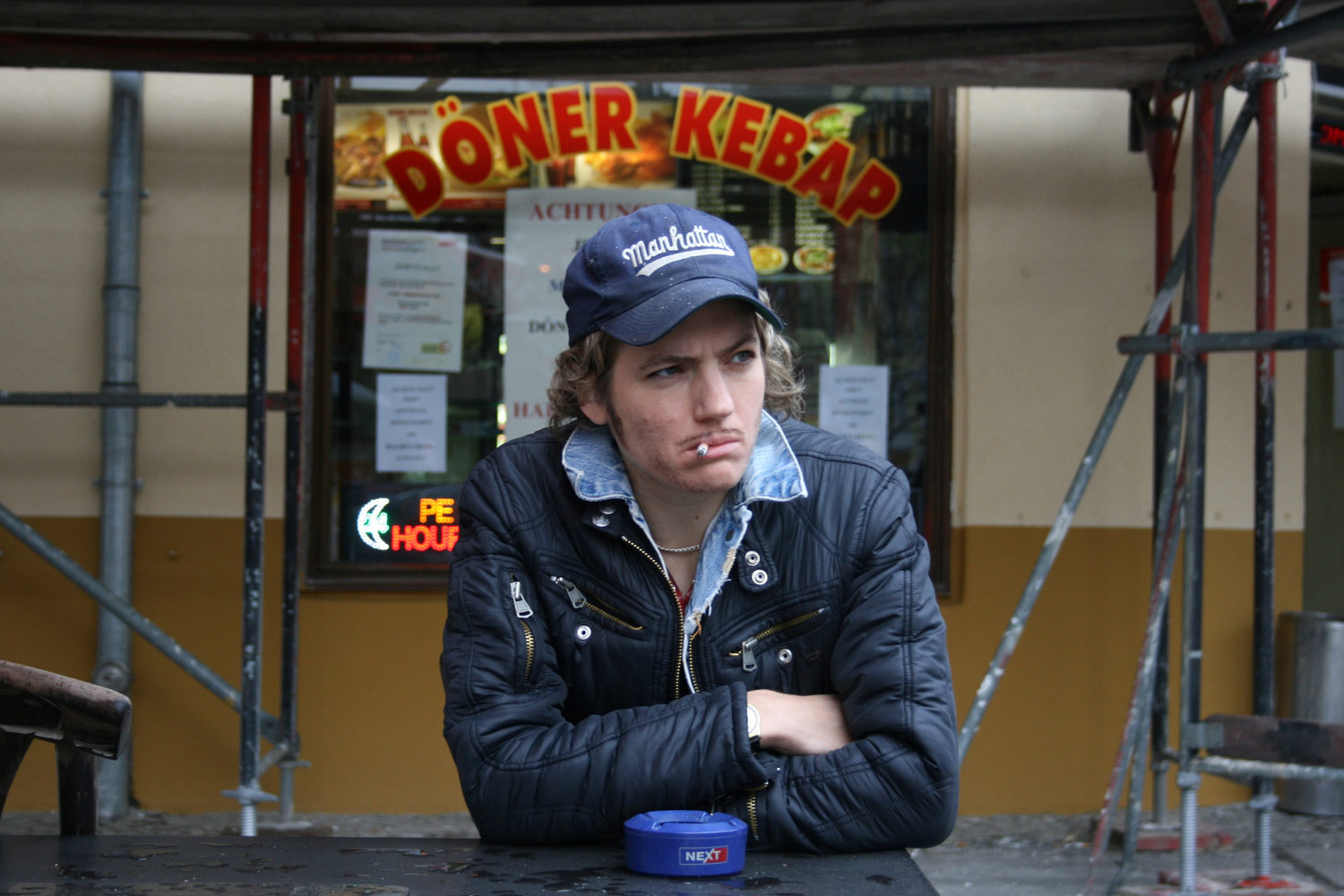 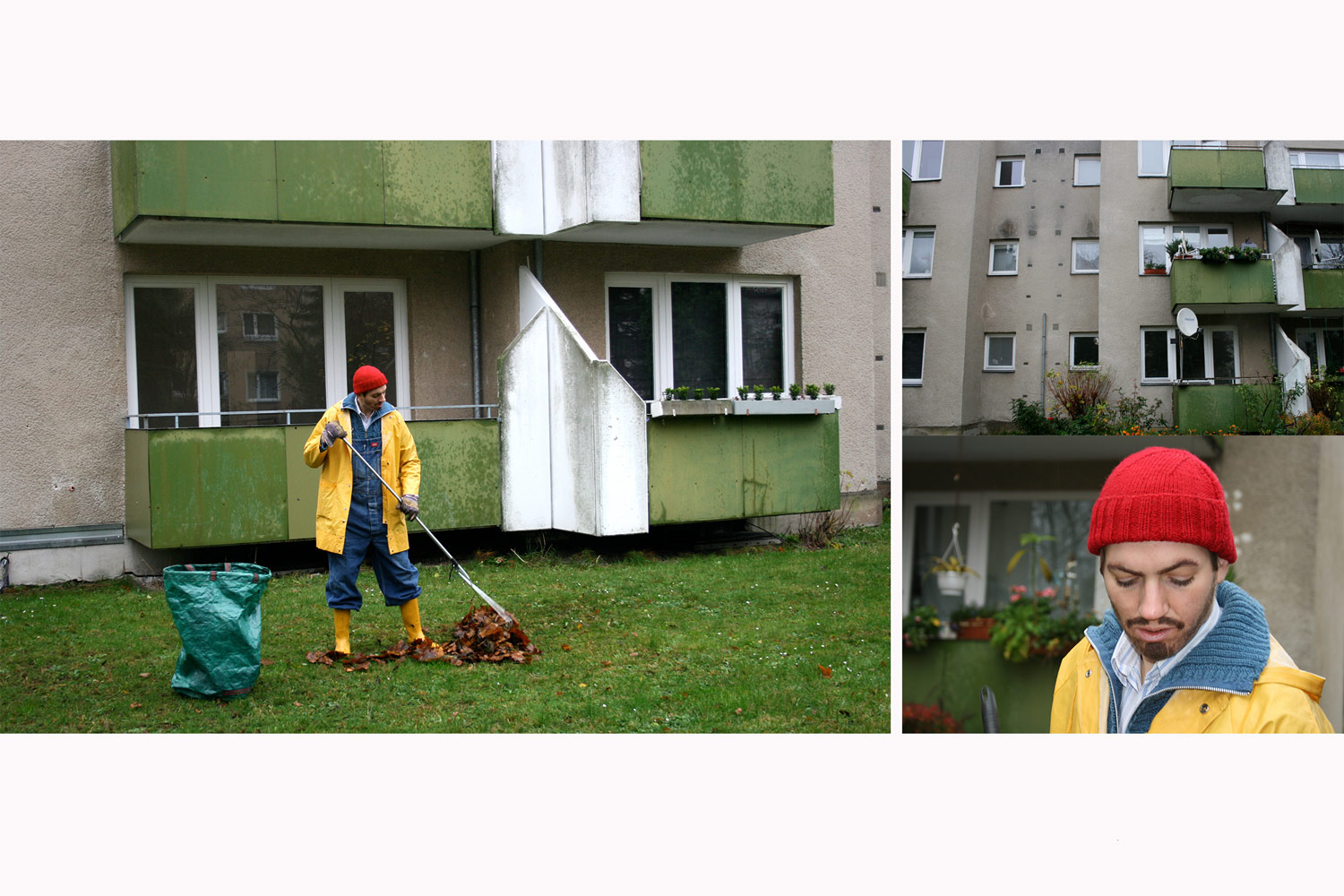 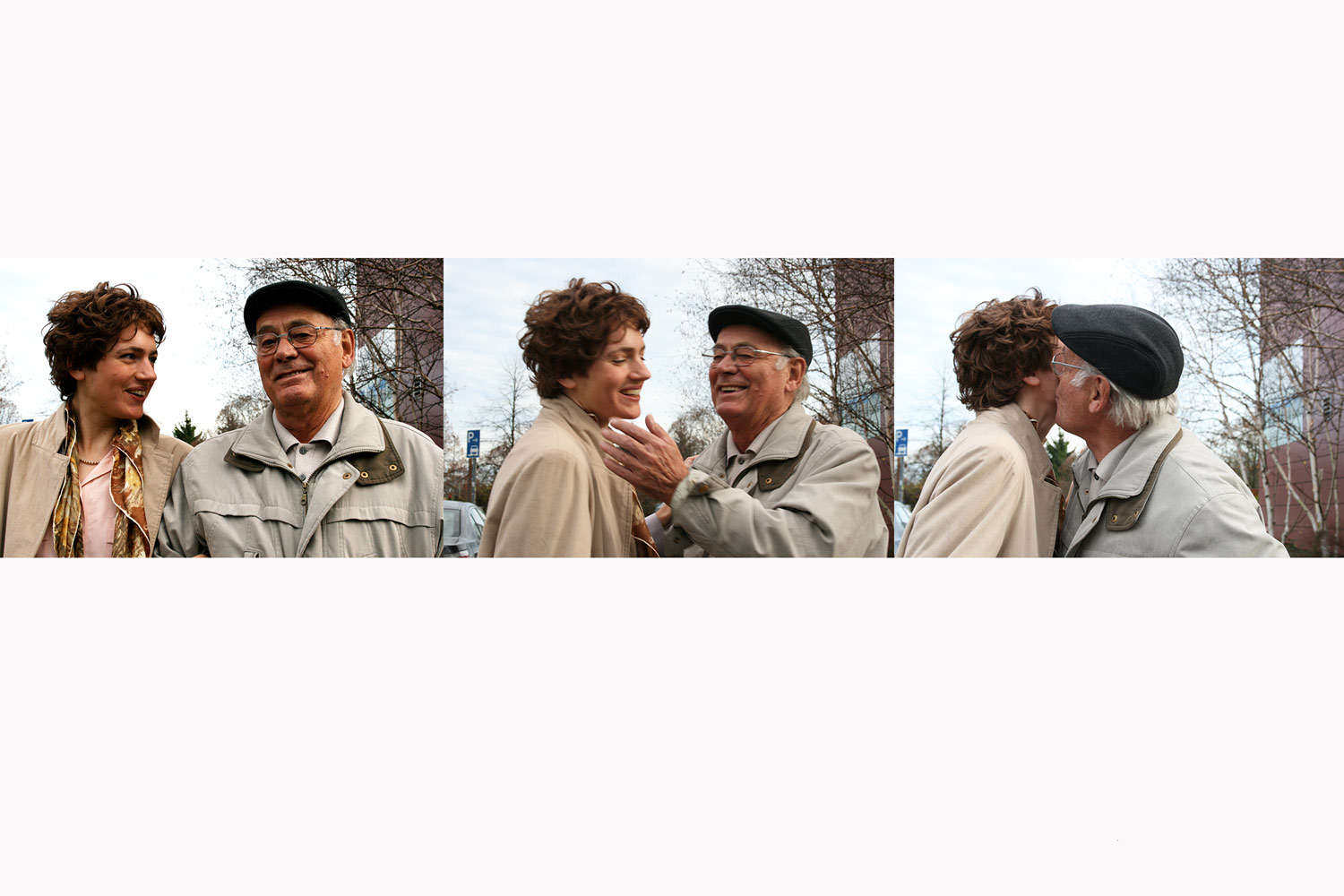 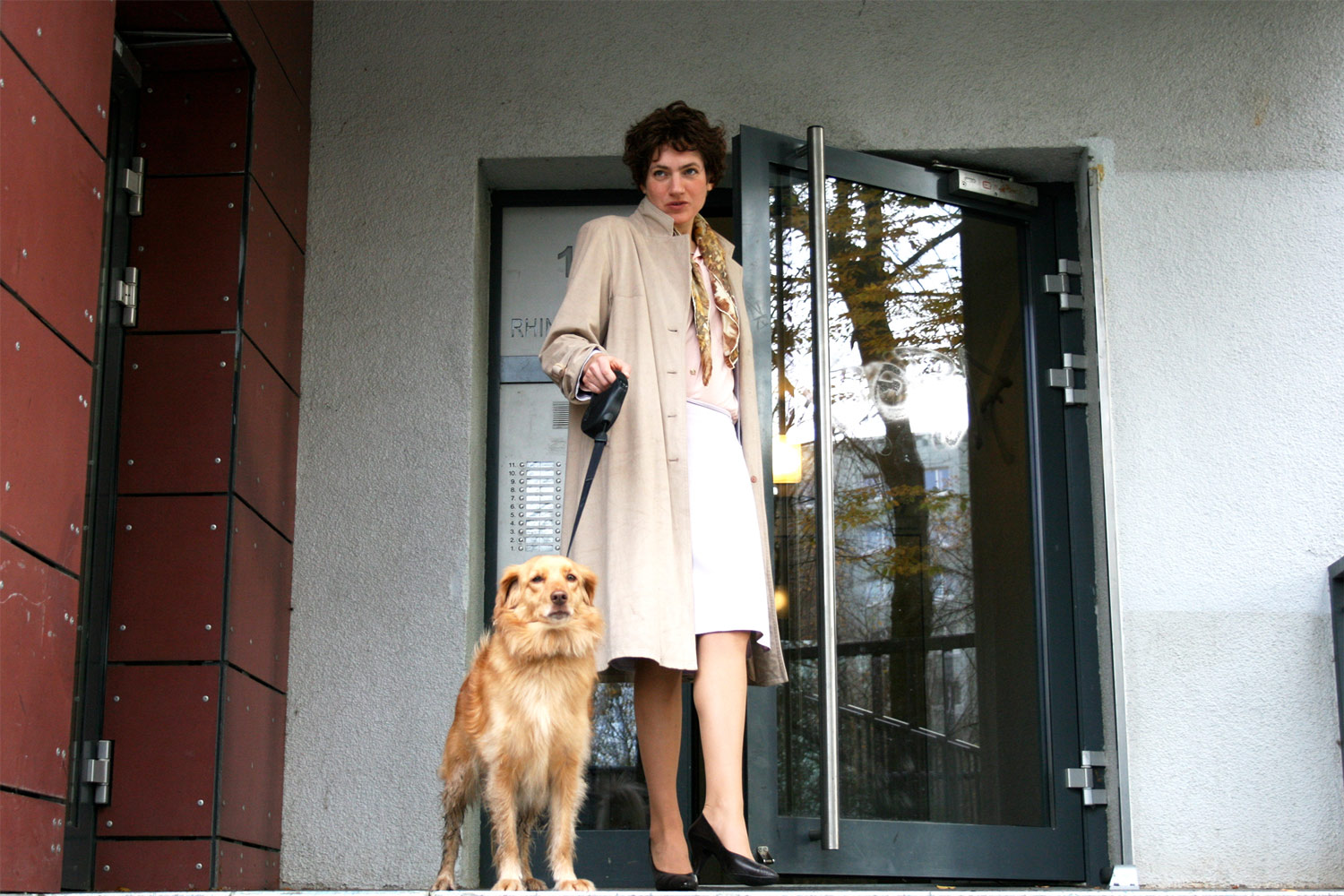 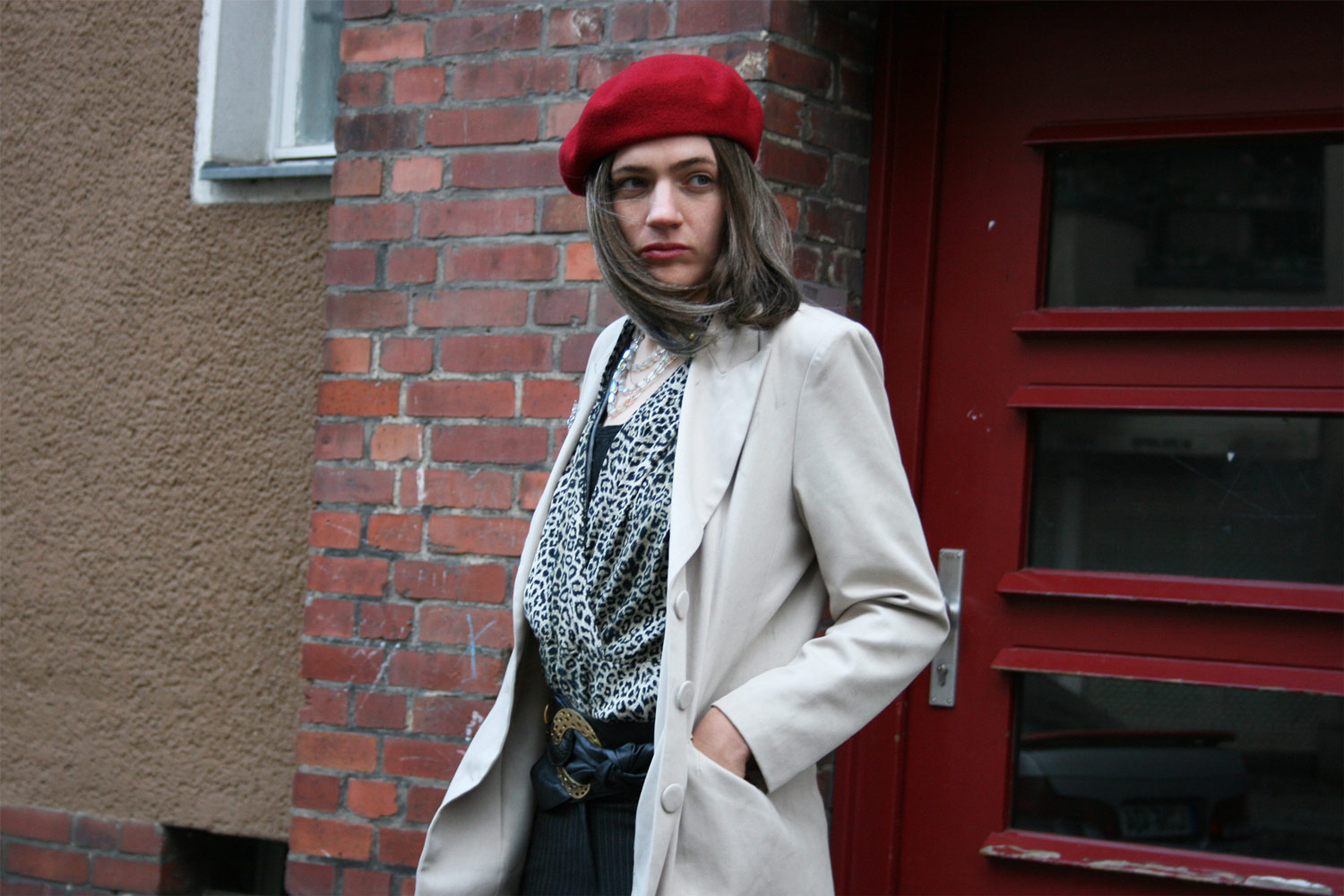